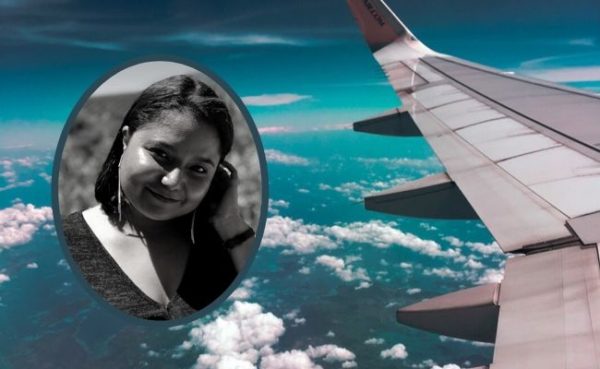 State-owned airline South African Airways (SAA) was placed under voluntary business rescue in December 2019. On 6 February 2020, SAA’s joint rescue practitioners, Siviwe Dongwana and Les Matuson, informed the public of the closure of all domestic routes besides the Johannesburg-Cape Town route. This is set to be in effect by the end of February and could consequently result in mass job loss. They stated that while their intention is to restructure SAA in a manner whereby they aim to retain as many jobs as possible, a reduction in the number of employees will unfortunately be necessary. The National Union of Metalworkers of South Africa (NUMSA) and the South African Cabin Crew Association (SACCA) lodged an urgent interdict application at the Johannesburg Labour Court, in order to interdict the business rescue practitioners from taking further steps toward retrenchments at SAA.

NUMSA and SACCA’s application was heard at the Johannesburg Labour Court on Thursday 13 February 2020. The unions sought an order from the court stating that the business rescue practitioners must comply with the wage agreement signed in November 2019, which stipulated that workers facing retrenchment must be placed on the “training layoff scheme”, whereby employees are trained to do alternative jobs. Legal representative of NUMSA and SACCA, Tembeka Ngcukaitobi, stated: “SAA says every effort is being made to limit the impact of job losses. Then, they also say, however, a reduction in the number of employees will unfortunately be necessary. It is explicit in their own version that this is not a mere reorganisation. It is termination of employment.” Furthermore, Ngcukaitobi argued that SAA is making plans to retrench employees without following the procedure set out in section 189 of the Labour Relations Act.

In response to the allegations made by the unions, SAA’s legal representative, Advocate Andrew Redding, argued that there is no evidence that SAA will conclude an accelerated retrenchment process, and stated that SAA is aware of its obligations and intends to ensure that it honours itself in relation to its employees. Furthermore, he stated: “[S]hould a process in terms of the Act be in commencement, we will ensure that SAA complies with its obligations, including those reported in the collective agreement regarding the training layoff scheme.”

Consequently, the Labour Court dismissed the unions’ interdict to prevent the SAA retrenchments, as it was held that SAA had not contemplated dismissals, and, therefore, their duty to consult in terms of section 189 of the Labour Relations Act did not arise. NUMSA spokesperson, Phakamile Hlubi-Majola, expressed that the frustration of the union was particularly due to the fact that SAA had stated in their papers that they had contemplated dismissals, yet the judge based his decision on SAA having not contemplated dismissals. NUMSA found the court’s decision to be a “travesty of justice”, while SACCA is of the opinion that the decision amounts to the subversion of workers’ rights having meaningful engagement during the retrenchment process. While it is likely that the unions will want to appeal this decision, the unions face the hurdle of section 113(i)(b) of the Companies Act 71 of 2008. Section 113(i)(b) prevents legal proceedings from commencing against a company under business rescue, unless the party is able to attain leave of the court.

Currently, there are conflicting views in relation to the continuation of SAA’s operations. Due to SAA’s failure to turn around its financial difficulties, despite numerous government attempts to come to its rescue, the national chairperson of the African National Congress (ANC), Gwede Mantashe, recently called for government to sell the state-owned airline. Mantashe, who is also the minister of mineral resources and energy, was quoted by City Press as saying: “The working class use buses and taxis. If the money we are using to subsidise SAA were used for the buses, taxis and trains, we would have a case. This thing of continually pumping money into SAA – which services the elite, middle class and higher class – is a problem.” Mantashe further suggested that if someone else could run the airline, it should be sold to them.

Mantashe’s remarks have been met with backlash from Solly Mapaila, the second deputy general secretary of the South African Communist Party (SACP). He regarded Mantashe’s statements as “disrespectful to the working class” and “extremely ill-informed”, and he criticised Mantashe for a failure to understand the aviation industry and its impact on the South African economy. The SACP was not in favour of SAA being put under business rescue, and hoped rather for state-led intervention. The Congress of South African Trade Unions is in agreement with the SACP, and believe that the business rescue process will kill the airline. In a post on the SAA website in response to SAA stakeholders’ comments, the business rescue practitioners stated: “The decisions we took and informed the public of this week were taken in the best interests of SAA. They are intended to make the airline commercially and operationally sustainable, free from the requirement of future funding from the government post the implementation of the restructure.”

President Cyril Ramaphosa, despite also being part of the ANC, seems to have a different view to that of Mantashe in relation to the flag carrier. The president believes that the airline is an economic enabler; he is determined to have it revamped to regain profitability, and hopes that SAA will remain a successful carrier for South Africa. Minister of public enterprises, Pravin Gordhan, concurred with President Ramaphosa and stated that government would propose that the flight cancellations be reviewed, as they have the potential to jeopardise the airline’s future. The department of public enterprises shares the unions’ views, and intends making representations to Dongwana and Matuson to urge that SAA strike a balance between mitigating profit loss on unprofitable routes, and achieving future sustainability of SAA, as well as the South African aviation industry. Gordhan issued a statement in relation to the airline’s business rescue process, stating: “Our desire is that the restructured airline will mark the beginning of a new era in South African aviation, and must be able to bring in millions more tourists into South Africa, help create more jobs in tourism and related sectors of the economy, and work with other African airlines to underpin and service the integration of African markets, and improve dramatically intra-African trade and travel.” Gordhan further stated: “Business rescue is a well-defined process that will allow SAA to continue operating in an orderly and safe manner, and to keep planes and passengers flying under the direction of a business rescue practitioner.”

Privatisation of the state-owned airline has been a hot topic of discussion in recent news. In 2018, Mmusi Maimane told The National that he believes that the country should privatise or part-privatise ineffectual state bodies, which include airlines. SAA has not made a profit since 2011, which has resulted in approximately R20 billion in bailouts over the past three years. Early in February this year, the state-owned airline announced the indefinite end of all domestic routes besides the Cape Town-Johannesburg route, with only five international routes continuing operation. The premier of KwaZulu-Natal, Sihle Zikalala, is of the opinion that the business rescue practitioners’ decision amounts to “economic sabotage”, while the business rescue practitioners are of the view that these cancellations will play a vital role in saving the cash-strapped airline from liquidation. This decision will most likely cause SAA to function on a lower level than other airlines, and make it harder for SAA to compete against private airline operators.

However, not all hope is lost. There appears to be a light at the end of the tunnel, as SAA secured R3,5 billion in emergency funding from the cash-flush Development Bank of Southern Africa (DBSA), to provide short-term respite while business practitioners formulate a viable turnaround plan. Some South Africans are not happy about this, due to the fact that the DBSA is a development finance institution which is wholly owned by the government of South Africa, thus this can be interpreted as another taxpayer bailout. Minister Gordhan has come to the defence of SAA, and stated that the business rescue process should not be seen as a bailout, but rather as “financial assistance in order to facilitate a radical restructure of the airline”.

On 29 January 2020, former public protector of South Africa, Thuli Madonsela, took to Twitter to express her confidence in South African Airways. In her post, she stated in response to a post regarding the emptiness of an SAA flight: “How sad that many fellow South Africans don’t buy into the ecosystem approach of putting their own first. For me, @flysaa is my first choice as an extension of self-love, in addition to the fact that it’s the best in every way.”

It is no secret that many aircraft users are reluctant to book flights with SAA due to the instability they are currently experiencing. With uncertainty as to whether one’s flight will be cancelled, it is quite understandable that passengers are hesitant to book flights with SAA. However, in order for SAA’s business rescue operations to be successful, they require our support in order to get back on their feet, or, rather, to lift off. Miss Universe, Zozibini Tunzi, trusts SAA to transport her between Johannesburg and New York; perhaps it is time we put some faith in them, too. Shall we as South Africans enable SAA to soar again?