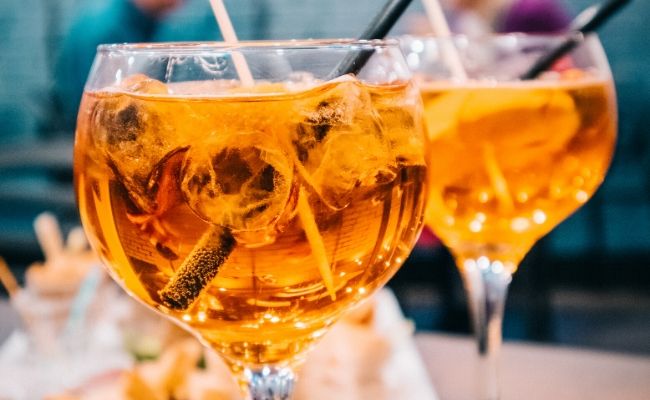 Since the beginning of the lockdown, there has been a ban on the sale and transportation of alcohol. While some may find the government's prohibition to be unjustified and unduly restrictive, the World Health Organization (WHO) has added weight to the controversial regulation by encouraging governments to enforce measures that limit alcohol consumption and avoid the relaxation of regulations and their enforcement.

Alcohol is known to be harmful to health in general, is well understood to increase the risk of injury and violence, including intimate partner violence, and can cause alcohol poisoning. At times of lockdown during the COVID-19 pandemic, alcohol consumption can exacerbate health vulnerability, risk-taking behaviours, mental health issues and violence. Alcohol is a psychoactive substance that is associated with mental disorders; people at risk or who have an alcohol use disorder are particularly vulnerable, especially when in self-isolation. Alcohol consumption is associated with a range of communicable and noncommunicable diseases and mental health disorders which can make a person more vulnerable to COVID-19. In particular, alcohol compromises the body's immune system and increases the risk of adverse health outcomes. Therefore, people should minimize their alcohol consumption at any time, and particularly during the COVID-19 pandemic.

Despite alcohol's health implications, many members of society enjoy it and would prefer the sale of alcohol during the lockdown. The alcohol ban has both societal and economic implications. Failure to stimulate the liquor industry could result in major job losses in the industry. This will also negatively impact secondary industries, such as bottle manufacturers, printing companies and design companies. Consequently, the Beer Association of South Africa (BASA) called for the "off-consumption" beer trade to resume amidst the lockdown. Off-consumption beer trade enables premises such as liquor stores, distribution centres and wholesale entities to sell liquor for consumption off the premises where it is sold. Similarly, the Gauteng Liquor Forum threatened to challenge the ban of alcohol sales in the Constitutional Court, as they are of the opinion that the ban is unreasonable and unconstitutional. The forum represents over 20 000 shebeens and taverns in Gauteng townships. The forum proposed limited trading hours for shebeens and taverns; however, this would be counterintuitive to the lockdown's purpose and would make it extremely difficult to regulate social distancing in townships, which are already densely populated.

Furthermore, on Thursday 16 April 2020, the minister of cooperative governance and traditional affairs, Nkosazana Dlamini-Zuma, announced that the only alcohol that is to be transported is that which is used for commercial purposes for sanitisers and related issues: "[The] liquor that we drink is not allowed to be transported, in the same way that it is not allowed to be sold. So, that is what we are adding." This statement comes as a blow to South Africa's wine industry, which was previously allowed to transport its products to international ports and airports for export during the lockdown period, after obtaining permission from transport minister Fikile Mbalula.

It should be noted that small businesses in the liquor trade can seek assistance provided by the Tourism Relief Fund, the Department of Small Business Development, the Unemployment Insurance Fund and the South African Future Trust. These entities provide financial assistance to small, micro and medium enterprises to ensure sustainability during this period, while also supporting the employees of these enterprises.

The African National Congress has frowned upon the calls for the alcohol ban to be lifted, arguing that it undermines the state's efforts to combat the COVID-19 pandemic. Similarly, the Economic Freedom Fighters wrote to Ramaphosa, arguing that it was not in the public's interest to lift the alcohol ban, and "that the health rights of South Africans cannot be sacrificed at the altar of the commercial interests of the alcohol distributors".

The president, the National Command Council and the cabinet weighed up the representations made by the Gauteng Liquor Forum against the importance of all South African role-players complying with the lockdown regulations, the health implications of consumption of alcohol, and the priority of ensuring social distancing during the lockdown. Furthermore, they considered the representations made by other stakeholders who emphasised the causal link between alcohol intoxication and abuse, and risky behaviour.

In the presidential response to the forum, the importance of the alcohol ban was highlighted:

Prohibiting the sale of alcohol is also aimed at ensuring compliance with the lockdown regulations, social distancing protocols and proper hygiene practices by reducing or eliminating the number of intoxicated persons, in light of experience of non-compliance by intoxicated persons in general. The sale and consumption of alcohol also has proven links to an increase in violent crime, motor vehicle accidents and medical emergencies, and results in full emergency rooms and hospitals. In the face of a pandemic such as COVID-19, the experience of the rest of the world has shown us that hospitals need to be prepared to receive and treat vast numbers of COVID-19 patients and to quarantine them from noninfected patients.

In light of this, Ramaphosa declined the request of the Gauteng Liquor Forum and rejected the calls for the lifting of the alcohol ban.

Carina Ferreira-Borges, programme manager of the Alcohol and Illicit Drugs Programme, WHO/Europe, stated: "Alcohol … leaves too many victims. During the COVID-19 pandemic, we should really ask ourselves what risks we are taking in leaving people under lockdown in their homes with a substance that is harmful in terms of both their health and the effects of their behaviour on others, including violence." According to WHO, there are at least three million alcohol-related deaths worldwide every year. WHO seeks to debunk the myth that drinking high-strength ethyl alcohol or ethanol can kill the coronavirus. Approximately 600 people in Iran have passed away after consuming bootleg alcohol due to a coronavirus cure rumour. This should serve as a caution to the many South Africans who have turned to Google in an attempt to beat the alcohol ban and learn how to make homemade alcohol.

The ban on alcohol does not come without harsh social consequences: substance users who go cold turkey face a real fatality risk; liquor stores have been looted; and shebeen and tavern owners, as well as their employees, are going without income. Furthermore, alcohol is being traded illicitly, which could result in a black market being established. This may result in people paying sky-high prices, and may also lead to the spread of COVID-19, as people leave their homes and go beyond their nearest legal outlet attempting to obtain alcohol illegally, contravening the social distancing regulations and meeting in places that do not practise good sanitation.

The COVID-19 pandemic, along with the lockdown, has led to many individuals experiencing unprecedented trauma. While the alcohol ban may be necessary to minimise the risk of abuse and the spread of the virus, many individuals are dependent on alcohol as a psychological coping mechanism. The South African Drug Policy Initiative (SADPI) has criticised the alcohol ban, as it fails to consider adequately the harm it causes to those who suffer from substance use disorders. The alcohol ban discriminates against the poor, who could not afford to stock up before lockdown, consequently leaving users with less financial means cramped up in confined spaces in uncomfortable conditions, with no relief to cope with the difficult situation they find themselves in. Consequently, it is likely that individuals who depend on alcohol as a coping mechanism have found the lockdown period to be severely challenging and traumatic. The alcohol ban could potentially fatally impact individuals with substance use disorders who are forced to go cold turkey. There is a call for the Department of Health to provide immediate treatment and medication for those addicted to alcohol, tobacco and opioids. While the alcohol ban may be in the public's best interest, one cannot ignore the impact it has on individuals in society who are dependent on alcohol. Their psychological well-being is as important as their physical well-being.

Alcohol, while known to many as a mood enhancer, is also known to be a substance that can incite violence among users. Hospitals have reported a remarkable drop in hospital visits by patients with liquor-related issues. Groote Schuur Hospital has reported a phenomenal two-thirds drop in trauma cases since the lockdown, attributing the reduction to the restriction of access to alcohol. This comes as a great relief to medical practitioners, who are able to reallocate their resources to patients with COVID-19.

However, since the lockdown began, there has been a drastic spike in the number of gender-based violence attacks that have been reported. Vulnerable members of society are forced to be confined with abusers for an extended period of time. It is uncertain whether the alcohol ban will curb domestic violence or lead to a greater number of incidents. This is due to the fact that the ban limits only sales and not consumption, thus the link between alcohol abuse and resulting increased violence still exists. The government, in recognition of the potential increase of domestic violence during the lockdown, has boosted its capacity of the Gender-Based Violence Command Centre hotline (0800 428 428/*120*7867#) to assist those subjected to abuse.

The decision to ban the sale of alcohol was not taken lightly. The fiscus will not be collecting value-added tax or excise duty on alcohol, as it is a non-essential item. Consequently, tax revenue will be adversely affected over a vast range of tax revenue income streams. The presidency has reiterated that the decision to impose a nationwide ban was not taken lightly by the executive, but was necessary, based on the great number of relevant factors and advice received. The overarching consideration remains the safety and interest of all South Africans. Despite the new amendments to the national regulations, which are applicable to the extended lockdown, the restriction on the sale of alcohol remains the same. The state is faced with the difficult task of balancing the basic needs of the people and the survival of the economy, with social and physiological well-being in the country. In this time of uncertainty, it is important that we uphold the regulations set in place, as they seek to protect individual and overall well-being. If you have a drink, enjoy it, and spare a thought for those who could use one.