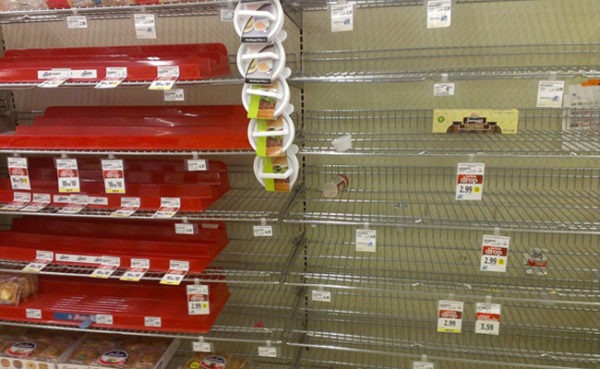 To all non-KZN and non-Gauteng friends. The situation is dire here in KZN. As you might know I work in the Cape but came home to KZN for the holidays. Nothing could prepare us for what we have experienced here in Howick.

There is quite literally NO FOOD to buy. All but two of the supermarkets have been looted. And no shops are open. Most people in town are living on milk and bread. Except for the looters who partied into the early hours of this morning. We ran out of bread two days ago. After all, no one buys bread in bulk! The one petrol station opened this morning. Within hours all groceries were sold out. Petrol pumps ran dry at two of the petrol stations I know. Rumors are that the police have no ammunition left. One can't really blame them. We are a small town of no more than 25000 people I would guess. The sick can't access Healthcare. But worst of all is the real prospect of starvation. I had said I would barely cook and buy all my favorite Indian take-aways. Hence our cupboards were bare. I am not alone. There are so many like me. Hundreds if not thousands. With trucks not safe to deliver goods, and shop owners who cannot replenish stock immediately until they get paid out by insurance companies, this is a humanitarian crisis that we might be facing. If you are lucky and have petrol, you cannot even drive out for food to neighboring towns because they are facing the same problems. THE ARMY IS NOWHERE TO BE SEEN. Ramaphosa took a calculated gamble by not declaring a state of emergency. Like all gambles, it will end poorly for him. And for all of us in SA. The man I have called the Hamlet of SA politics stayed true to his nature. He is unable to act with any semblance of authority.

Of course, the electorate and the press are no better. They repeatedly think the ANC can be saved. These last few days have hammered home the undeniable truth. THE UNDENIABLE TRUTH. That we are staring down the barrel of a humanitarian crisis BECAUSE OF THE ANC. May God be with all of us in the coming days. On my silver wedding anniversary I realize that there will be no silver lining for our beloved country. UNTIL JESUS COMES.