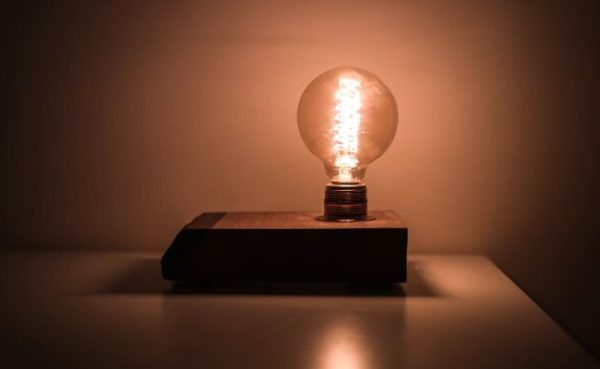 President Cyril Ramaphosa has shed some light on the load-shedding debacle through his announcement that financially viable municipalities may now procure electricity from independent power producers (IPPs), due to Eskom’s inability to supply power to the country. In his state of the nation address on Thursday 13 February 2020, the president acknowledged that load-shedding is unavoidable and is the “inevitable consequence” of Eskom’s inability to maintain its power plants over the years. The president attributed the failure to service Eskom’s power plants to a combination of lack of capacity, rising debt and state capture.

President Ramaphosa also announced that Mineral Resources and Energy minister Gwede Mantashe is set to issue a directive enabling the development of additional power sources stemming from numerous energy resources, including natural gas, renewable energy, hydro power, coal and battery storage. In addition, Ramaphosa stated that the government will “initiate the procurement of emergency power from projects that can deliver electricity into the grid within three to twelve months from approval”. These efforts are expected to impact profoundly the direction in which energy generation in South Africa is heading.

The president further stated: “Over the next few months, as Eskom works to restore its operational capabilities, we will be implementing measures that will fundamentally change the trajectory of energy generation in our country.” While the president said that the state would be putting measures into place to make this happen, it is unclear exactly how this will be applied practically.

The measures the president intends to implement will hopefully increase electricity capacity, and ease the country’s strain and dependence on Eskom. Currently, the state-owned electricity supplier is approximately R450 billion in debt, and does not generate sufficient income from electricity sales to be able to alleviate its debt or pay off the interest on the debt without government aid. The Minerals Council expressed their support in relation to Ramaphosa’s commitment to generate power outside of Eskom, specifically because they are of the opinion that “[t]he sporadic availability of power and the instability of the national grid is seen as one of the greatest threats to the South African economy.”

In terms of section 34 of the Electricity Regulation Act, the minister of Minerals and Energy may determine that a new generation capacity is required to ensure a continued uninterrupted supply of electricity, and may also determine the types of energy sources from which electricity must be generated. In response to President Ramaphosa’s announcement, the Democratic Alliance (DA) called on President Ramaphosa to drop his government’s opposition to the City of Cape Town court case and grant section 34 approval. Presently, the government and the National Energy Regulator of South Africa are respondents in the court application brought by the City of Cape Town, in which they oppose the City of Cape Town seeking the right to procure electricity directly from IPPs and supplement its need for electricity through building its own gas-to-power and renewable energy power plants.

Currently, a single-buyer model for electricity exists, whereby Eskom is the sole buyer of electricity designated for resale in South Africa. Should the government and the National Energy Regulator of South Africa drop their opposition to the City of Cape Town’s application, it would bring significant policy change, whereby the government would endorse the efforts of the South African Local Government Association to allow municipalities to cover their own electricity needs and to generate electricity themselves, as they did prior to the formation of the state-owned monopoly, Eskom.

The DA is confident that they will be able to display excellently governed municipality procuring, while keeping the lights on and the economy going. According to Ghaleb Cachalia, MP and DA shadow minister of public enterprises, “Eskom is in a death spiral, and every day that goes by without the implementation of tangible solutions is another day of rolling blackouts and immense damage to our economy.” In a statement made on Twitter, DA spokesperson on finance and economic development, Deidré Baartman, stated: “We need to reduce our reliance on coal as our primary source of power, and improve our carbon emissions control. It is for this reason that we urgently need to engage a new bid window for IPPs in order to ensure a more diverse, clean, competitive and efficient energy sector.”

There is a call for the government to provide unambiguous and reliable policy positions, focusing on the Integrated Resource Plan (IRP) of 2019, as opposed to the current confusion created by talks of nuclear and other technologies that are not in line with the IRP for the years preceding 2030. Much criticism has also been placed on the Department of Mineral Resources and Energy’s failure to publish an Integrated Energy Plan (IEP) for South Africa, which would be a clear and concise national energy planning framework, as required of the department in terms of section 6(1) of the National Energy Act. In the national budget speech given on 26 February 2020, finance minister Tito Mboweni stated: “Government will do whatever it takes to ensure a stable electricity supply. It is our number one task. Determinations to implement the Integrated Resource Plan of 2019 are finalised and await the concurrence of the National Energy Regulator of South Africa. It will soon be possible for municipalities in good financial standing to purchase electricity from IPPs.” Brett Herron, Good party secretary general, expressed his confidence in municipalities procuring their own electricity in his statement: “The rights of municipalities to procure their own electricity will mean that they will be able to reduce the long-term electricity costs for residents and provide a greater measure of protection against energy insecurity and Eskom’s load-shedding.”

While some members of society may be overjoyed at the hope of a stable power supply, others are of the opinion that all efforts should be directed towards getting Eskom back on its feet. While it may be ideal for us to maintain our “Kumbaya” spirit, it is illogical to insist that we all endure load-shedding while our economy suffers. Every minute that we spend in darkness pushes our country further into a recession. While it is imperative that we move away from the overdependence on coal for electricity production and diversify our energy resources, the main goal is to achieve a stable power supply to enable all economic role-players to get back on their feet. Every effort should be made to have our country running in the most efficient manner possible, even if that means municipalities getting independent power producers, rather than Eskom, to supply them with electricity.