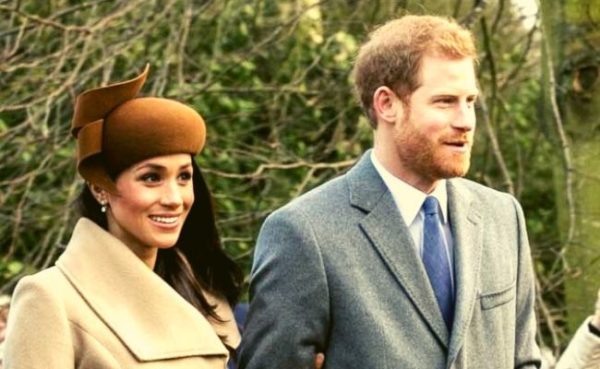 The new year is off to a bumpy start in the United Kingdom with the recent announcement by Prince Harry and Meghan Markle. On Wednesday 8 January 2020, the Duke and Duchess of Sussex took to Instagram to announce their intention to step back as “senior” members of the Royal Family and work towards becoming financially independent.

The news sent shock waves all over social media, with the hashtag #Megxit trending on Twitter. The news came as a shock for many. In a statement from Her Majesty the Queen (Queen Elizabeth II), she stated that she is supportive of Harry and Meghan’s desire to create a new life as a young family, while she would have preferred that they remain full-time working members of the Royal Family.

The Sussexes’ decision to step away from the Royal Family has been met with mixed reactions. While some are supportive of their decision, others are sceptical that they may seek to commercialise the monarchy in order to achieve financial independence. The couple will also likely face the hurdle of their commercial work conflicting with their royal role and duties. According to the Sussex Royal website, there are other current members of the Royal Family who hold a title and earn an income, and thus the precedent has been set for such a structure to apply. Currently, Prince Andrew’s daughters, Princess Beatrice and Princess Eugenie, bear titles while working for their own income and not being financially supported by Queen Elizabeth II. If Harry and Meghan follow the structure that Princess Beatrice and Princess Eugenie follow, their royal titles will remain intact. However, it should be noted that Princess Beatrice and Princess Eugenie do not work on a commercial basis, whereas it is likely that Harry and Meghan will, which creates the possibility that they may have to give up their titles, unless the Queen makes an exception to the rule for them.

The Sussexes have been breaking monarchy traditions since day one, with their wedding ceremony which boasted multicultural elements, such as a harmonious gospel choir, an African American bishop and bridal party members who were not all from the royal side. Their desire for financial independence is likely to bring about further interesting developments, not only in the role that members of the Royal Family play, but also in relation to the monarchy’s funding.

Despite there being much uncertainty as to how the couple will be financially independent, it is worth noting that the couple’s wedding generated £1 billion for the British economy, which amounts to approximately R18 722 260 440. This is indicative of the public’s great interest in the union of Harry and Meghan, and creates the impression that the public will most likely support their future endeavours. The couple’s decision means that they will no longer be receiving public funding through the sovereign grant issued by the treasury, which supports the Royal Family at the expense of British taxpayers. Together, the pair have a net worth of approximately $30 million, which amounts to R432 952 500.

However, the break from the Royal Family could bring in millions for the pair. Meghan is likely to be sought after by Hollywood magnates based on her profession as an actress, and has already agreed to provide voice-over work for the Walt Disney Corporation in exchange for a donation to Elephants Without Borders. Should the pair decide to write memoirs about their lives, there would certainly be publishing houses competing to publish their book, which would be a dream for most writers. A book deal containing their royal love story would definitely be a best-seller, as fans would love to channel their inner Princess diaries and find out the ins and outs of their romance and life inside Buckingham Palace. Should the pair sign a book deal and subsequently do a book tour, they would certainly rake in a fortune. Harry, a mental health campaigner, has teamed up with Oprah Winfrey to produce a documentary series about mental health, set to air on Apple TV later this year. Meghan seems to have the Midas touch when it comes to fashion. Whatever outfit she wears sells out in record time, making her the ideal brand ambassador. Endorsement deals for various prominent brands, philanthropy and activism, partnerships and book deals are all likely to bring much “financial independence” to the Sussexes.

While the recent announcement may have come as a surprise, it appears that the desire for financial independence has been in the works for a while, as the Sussexes lodged applications to the United Kingdom intellectual property authorities to trademark their brand, “Sussex Royal”, in June 2019. The pair have succeeded in trademarking the “Sussex Royal” name across more than 100 items, from stationery and clothing to photographs and charitable endeavours. These undertakings will no doubt result in a multimillion pound revenue business, and, with their global appeal, their brand will most certainly be a hit.

However, Meghan and Harry now face a new hurdle. As it stands, the couple’s trademark only applies in the United Kingdom, a loophole that an unidentified person has discovered, subsequently lodging an application with the European Union Intellectual Property Office (EUIPO) to trademark “Sussex Royal” on a variety of products, including toys, alcoholic beverages and jewellery. Should the EUIPO approve the application, the Sussexes will have three months to object to the trademark being registered. The Sussexes face a further hurdle, as Jared Fogelson, an intellectual property lawyer from Los Angeles, claims to have applied for the “Sussex Royal” trademark on 8 January 2020 in the United States of America. However, the couple had filed an application for “Sussex Royal” with the World Intellectual Property Organization on 31 December 2019, which, if approved, will supersede Fogelson’s application with the United States authorities.

As Harry and Meghan embark on a new journey, I look forward to supporting their new ventures and commend them for their bravery as they take this bold and economically beneficial step. Through their endorsements, brand connections and merchandise, the Sussexes are likely to be “megha” millionaires, thanks to #Megxit. As South Africans, we sure hope to see some merchandise from their trip to South Africa!