On 19 December 2020 Alan Winde, premier of the Western Cape, told Freek Robinson about the additional beds needed to fight COVID-19. His office has now provided information about the recent opening of a 200-bed field hospital and many more statistics. 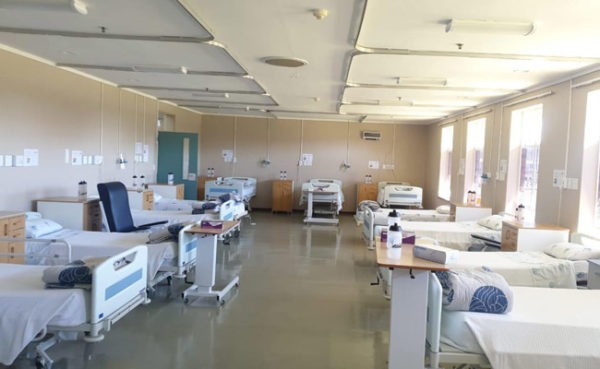 Inside the new Mitchells Plain Hospital of Hope (Photo provided)

The first intermediate care COVID-19 wards at Lentegeur hospital in Mitchells Plain have been activated and an Intermediate Care Facility Manager has been designated to operate the 200 beds as a field hospital.

A total of 64 patients are currently admitted to the facility.

The wards, previously known as the Aquarius wards, were repurposed for COVID-19 intermediate care for the second wave, with additional beds and infrastructure added.

As it will operate as a field hospital, with a dedicated facility manager, it will now also take on the name of all of our field hospitals and will become the Mitchells Plain Hospital of Hope. 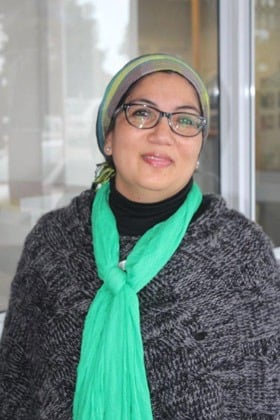 In total, 200 beds will be made available in four wards at the facility. The first two wards, with 100 beds (91 with normal oxygen access, and 9 with high flow nasal oxygen access) were completed on 1 January 2021. These 100 beds have been activated incrementally over the past few days, and all 100 will be activated by tomorrow.

The third ward is expected to open next week, bringing the total bed count to 150. The fourth ward is earmarked for opening the following week.

The Western Cape Government has taken the decision to focus our COVID-19 response during the second wave in our existing facilities. This ensures that we are able to make maximum use of facilities including equipment, and staff on site, while also remaining closer to our communities. This way additional investment, such as the fitting of oxygen facilities, will also benefit the facility in the long term.

The Western Cape Government’s resurgence plan focuses on bringing online intermediate care capacity, in an incremental fashion, in line with our needs, as well as the availability of beds, oxygen points, staffing, and oxygen supply. We are focused on bringing this capacity online systematically, while still ensuring that we are able to balance all of these factors.

This is a very delicate balance with lots of moving parts. We have developed systems so that we can track the number of beds available, available oxygen and staff. We are recruiting more staff and we have potential for additional beds in facilities across the province should they be required and should we have available staff for them.

The most important thing members of the public can do to relieve the pressure on our healthcare system, is to stay safe. Protect yourself and your loved ones by wearing your mask, washing your hands, and keeping your distance. Always ensure that there is fresh air circulating, and avoid crowded places, confined spaces and close contact.

With that said, our healthcare system still remains under extreme pressure, as this new, more transmissible variant has resulted in significantly more hospitalisations than was experienced in the first wave.

Our health care workers are tired and exhausted, especially after this very difficult year.

To ensure we can manage this pressure, we have made available more beds for COVID-19 patients.

We have provisioned for 685 inter-mediate COVID-19 care beds, which is broken down as follows:

In addition, 72 acute beds were added to rural hospitals, as this was their main capacity requirement. The breakdown is as follows:

The Western Cape Government has also made provision to make available 136 intermediate care beds, should the staffing be available, and the need arise.

This additional capacity is helping relieve some pressure, but our platform remains under pressure, especially in the critical care wards. We are also experiencing significantly more deaths in the second wave than we did in the first wave.

The Western Cape Department of Health runs its entire health capacity as a single platform, allowing for patients to be moved from busy hospitals to less busy hospitals, and therefore the response should be viewed as a single system.

To assist with this:

The major increase in hospitalisations has resulted in significantly higher oxygen usage in the Western Cape than was experienced in the first wave.

The combined oxygen utilisation in the Western Cape, including both public and private hospitals, is 76.4 tons.

Given this usage, the public and private sector and military hospitals would exceed available supply from Afrox. Contingency plans have been put in place to ensure that this supply has been increased to 95 tons per day. This includes five bulk oxygen tankers delivering oxygen this week.

Media releases supplied by the office of Premier Alan Winde after his weekly Digital Press Conference on 5 January 2021.