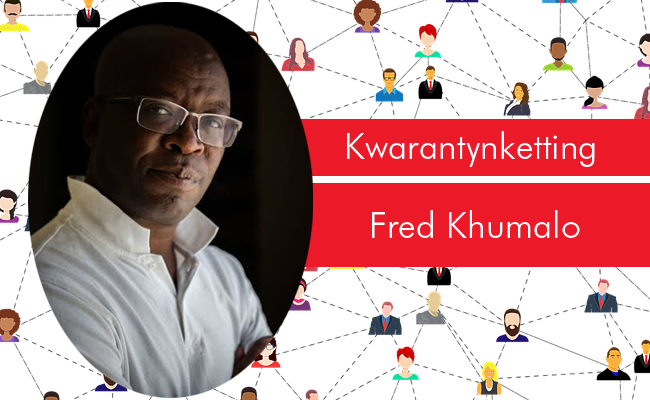 Writer Fred Khumalo tells more about his experience of the lockdown:

The future has been rewritten

Under normal circumstances – which is to say, pre-lockdown, and since the kids went away to boarding school and I started working from home – I get out of bed at 6:30. I brush my teeth, pad towards my office and switch on my computer. While the computer yawns and stretches and scratches its electronic armpits, I go get some coffee downstairs. Then, back at my work station, I quickly go through my emails and scan the news sites while drinking my coffee. Only at around 7:30 do I start working. At around 10:30, it’s breakfast, and then immediately back to work. Around 1:30, I go jogging for an hour.

However, with the advent of lockdown, the routine has had to change. For a start, the kids are back from boarding school. With them around, breakfast arrangements are different. And the changes don’t stop at breakfast.

As a family – my wife and my three kids, who range in age from 16 to 21 – we are not very much into television. When we are not reading books, we sit and listen to each other’s stories. If not that, we are in front of our computers or interacting with the world through our smartphones.

With lockdown, this changed. Lockdown brought us together again in a way that threw us back to that time when our kids were still very small and were all in love with television and insisted on watching with us. So, the other day, we sat down as a family and embarked on a visual journey, which I know for sure we would have missed out on in a coronavirus-free country.

This is how the journey went: take this huge dollop of Brakpan. Put it in that big dust bowl called Oklahoma. Throw in lots – and I mean lots – of tigers and lions. Don’t be shy, throw them in. Now, sprinkle some redneck gay guys. Throw in a modern-day Hindu guru with a predilection for cultish behaviour. For good measure, throw in some meth addicts. Season with some polygamy. Throw in a pinch of some true, sincere animal love. Shoot some guns. Draw blood. Then, stir it all together again. For yeast, use some supersized egos, which will ensure that the whole thing rises and swells quickly. Stir it up again. Wait for it to bubble. Put it in the oven. Turn on the heat to super hate levels. And voila! There you have Tiger king. Sit back and enjoy.

So, we binged on Tiger king. What made Tiger king so infuriating was that it was not a fictional story. It was real. How the land of the brave could allow such abuse of animals was simply beyond me. I didn’t know this, but according to the series, there are more tigers in captivity in the United States than there are in the wild in the entire world.

And then came the Michelle Obama doccie. Again, we watched it together as a family. Afterwards, we had an animated discussion on it. My eldest daughter, my son and I have read the book on which the doccie is supposed to be based. We felt that the doccie had done an injustice to the book. My wife and my other daughter, who have not read the book, thought that the doccie had told them all they wanted to know about Michelle Obama. They laughingly called us elitists for privileging the book over the doccie. I think the last time we had this kind of robust talk about a film was when the kids were much younger, and they debated with us the good and bad points about whatever kiddies’ movie we were watching.

The kids have grown up, and their interests are diverse. Whenever they are home from school – my eldest daughter stays on campus at university, and her siblings are at boarding school – we insist on sitting down for dinner as a family. And no cell phones at the dinner table. They gulp the dinner like long-starved prisoners. We try to engage them in small talk, with very little success. They answer questions politely, but you can see that their minds are elsewhere. They can’t wait to go back to their gadgets, to be online again, talking to their friends, catching up on Korean pop or whatever stuff is fashionable that week. And they’ll sometimes be at it until three in the morning.

With lockdown, however, something changed. Yes, they still spend inordinate amounts of time on their gadgets, but they are now the ones who initiate family TV-watching marathons. Before lockdown, I knew there was something called Netflix, but I didn’t pay it much attention. TV has never been my cup of tea. I’d rather curl up in bed with a good book than sit in front of the box.

But, thanks to lockdown – and my kids – I have become a Netflix zombie. And, yes, it has affected my reading habits. But then again, it has brought me closer to my kids again. I’d given up on getting them back again – a feeling of loss accentuated by the fact that they are growing up so fast, and doing all this growing up while at boarding school, nogal.

Lockdown is giving me one last chance to enjoy these creatures – a reprieve, you might say. And so, yes, the future has been rewritten. 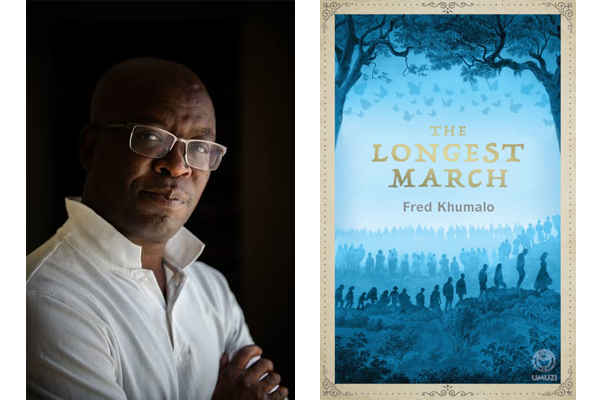