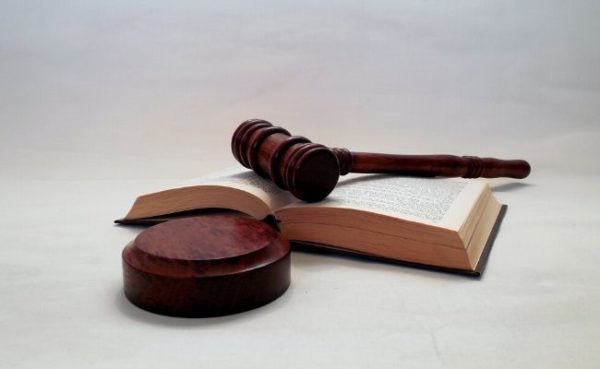 This judgment followed an urgent application by Reyno de Beer, the Liberty Fighters Network and the Hola Bon Renaissance Foundation, who sought to have the national state of disaster – and the regulations promulgated pursuant thereto – declared unconstitutional and invalid, arguing that the regulations encroached on and limited their rights as contained in the Bill of Rights. The court refused the application to have the national state of disaster declared invalid and unconstitutional, as it held that the state of disaster was rational and justifiable because the state needed to “convert an ailing and deteriorated public healthcare system into a state of readiness, able to cope with a previously unprecedented demand for high care and intensive care facilities” (page 12 of De Beer and others v Minister of cooperative governance and traditional affairs).

The court did, however, declare the regulations promulgated by the minister to be unconstitutional and invalid. According to Judge Davis, the regulations do not pass muster with the rationality test and violate the principles of legality. Judge Davis found that little or no regard had been given to the extent of the impact of individual regulations on the constitutional rights of people, and to whether the extent of the limitations of rights was justifiable or not. He questioned the logic behind the regulations limiting exercise, dictating which clothing items can be sold, prohibiting night vigils, prohibiting hairdressers’ operations, preventing waste-pickers from operating, and limiting street vendors’ and construction workers’ operations. He also stated that apart from the regulations cited in the case, there were “many more instances of sheer irrationality included therein” (page 24 of De Beer and others v Minister of cooperative governance and traditional affairs).

According to Judge Davis: “The starting point [of the regulations] was not, ‘How can we as the government limit constitutional rights in the least possible fashion whilst still protecting the inhabitants of South Africa?’ but rather, ‘We will seek to achieve our goal by whatever means, irrespective of the costs, and we will determine, albeit incrementally, which constitutional rights you as the people of South Africa may exercise” (page 26 of De Beer and others v Minister of cooperative governance and traditional affairs).

In terms of the rationality test, there needs to be a rational connection between the government’s decision, the process used to reach the decision and a legitimate government purpose. The purpose of the lockdown was to flatten the curve and prepare South Africa’s healthcare system to cope with an increase in the number of infections. Consequently, there needed to be a rational connection between the regulations put in place and the goal of flattening the curve and preparing the healthcare system for a spike in infections.

On 3 June 2020, Professor Pierre de Vos stated on his blog, Constitutionally speaking, that despite its flaws, the judgment “raises important questions of constitutional principle regarding the government’s management of the lockdown and its belief that as long as it pursues the laudable goals of saving lives for the public good, the regulations will be constitutionally compliant”.

The De Beer judgment serves as a reminder that even under a state of disaster, constitutional rights remain in effect, and the decisions of the executive, while being in the interest of society, must still be reasonable, proportional and rationally connected to the purpose for which they are taken. The De Beer judgment followed after the judgment of Khosa & others v Minister of defence and military veterans, where the Pretoria High Court declared that all people in South Africa are entitled to constitutional rights which cannot be suspended, even during a state of disaster. This case followed the death of Collins Khosa, who passed away as a result of injuries sustained after being assaulted by the security forces for allegedly infringing the lockdown regulations. The Khosa matter carries great significance in terms of both the Black lives matter movement as well as the fact that the court reiterated the duty of government to abide by the rule of law and make rational regulations while behaving in a manner that is respectful of the public’s right to be treated with dignity and respect.

It is worth noting that not all the lockdown regulations have been invalidated as being irrational. Some regulations survived the court’s scrutiny, such as those regulations governing education, evictions, border closures, initiations and the reopening of nightclubs and gyms, which were said to be rationally connected to the objectives of slowing the rate of infections or limiting the spread thereof.

According to a tweet by former public protector, Professor Thuli Madonsela, on 2 June, “There would have been a lot to learn from this judgment if it were clearer and more concise, accurate, professionally reasoned and persuasive. I’d be surprised if, in its current form, it survived the scrutiny of a higher court” (@ThuliMadonsela3). While Professor Madonsela expressed that some regulations would be difficult to justify, she highlighted that she does not think the government deliberately wronged society or ignored human rights.

On Thursday 4 June 2020, it was announced that the cabinet would be appealing the De Beer decision. According to minister Jackson Mthembu, “We did not do anything that would justify what the court arrived at – that is why we are taking the matter on appeal. We are very confident. The articulation of levels within the ambit of COVID-19 were crafted to save lives. That is what we were about.” He went on to urge members of the public to adhere to the lockdown regulations in order to save lives, reiterating that the cabinet’s lockdown regulations were put in place to slow down the virus.

According to Judge Davis’s finding in the De Beer matter, the lockdown regulations will remain in place for two weeks following the court’s decision, as Judge Davis ordered the minister of cooperative governance and traditional affairs, Nkosazana Dlamini-Zuma, to review, amend and republish the regulations within 14 days. However, due to the fact that the matter is being appealed, the judgment is suspended. Consequently, the current lockdown regulations will remain applicable to all South Africans. While the government may have had good intentions behind the lockdown regulations, the government’s paternalistic and draconian response to the COVID-19 pandemic remains an issue of contention for many.