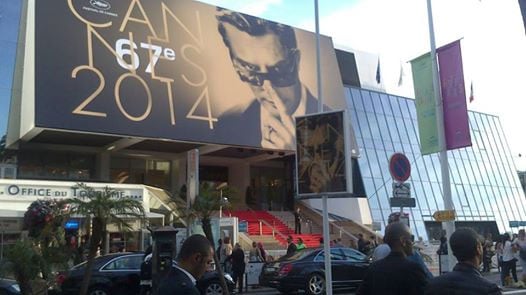 Janet van Eeden's movie A Shot at the Big Time was screened at the Cannes Short Film Festival in May. She tells Naomi Meyer about the film festival and the experience of a lifetime.

Your movie A Shot at the Big Time was screened at the Cannes Short Film Festival in May. Congratulations! How did you feel when you heard the news?

Having Shot the short accepted into the Cannes Short Film Corner Metrage was one of the biggest honours I've experienced in my professional life. It had premiered at the Durban International Film Festival in July 2013, but I'd more or less given up on the short while focusing on raising funds for the feature version. Our co-producer for the short decided to submit Shot to Cannes, however. When I heard that it had been accepted I was over the moon. Honestly, to say my mind was blown is an understatement. It had always been a dream to get the short to Cannes, but it had seemed like an impossibility for a while. 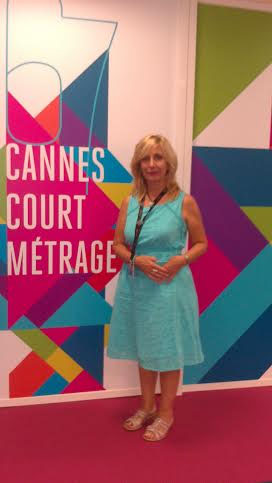 Having a dream come true is quite a strange experience. In some ways it's terrifying. How do you react to having "made it", as it were? Working towards the goal was a serious uphill battle most of the time. Well, it was for me. It's been well over ten years that I've worked on this particular project and the short film was my last resort to take the matter into my own hands and raise funds to make this film myself. I'm so used to struggling against the odds, of fighting common perceptions, that it's quite strange to find acceptance and recognition from a world-class festival such as Cannes. It took me a while to realise that it was true. And when the renowned The Hollywood Reporter mentioned me in their Friday issue during the festival as one of only four film-makers from Africa to be represented at Cannes, I realised that it was finally time to stop striving to be a film-maker and accept that I've been acknowledged as one by my international peers. I'd made it. Officially. This is a marvellous feeling. After 18 years of hard work towards this big goal, the most respected industry professionals were finally acknowledging me for what I'd striven towards all this time.

Being in Cannes was really just perfect. I loved everything about it – the crowds struggling for a glimpse of A-list stars on the Red Carpet, the constant press conferences with directors such as David Cronenberg and Luc Besson carrying on all day every day. Being passed in the lobby by stars like Julianne Moore, Hilary Swank, Tommy-Lee Jones, John Cusack, Robert Pattinson and so many more was surreal – and also so very normal for Cannes.

The strangest thing was that I felt so at home in France, so relaxed and overwhelmed by a feeling of being in the right place at the right time. Meeting professional film-makers from around the world in the international pavilions also felt right as I'd more than earned my stripes and paid my dues for this honour. I was able to stand tall among them as an equal.
This was a far cry from the past years’ struggling to make industry professionals in this country take me seriously. Just a few years ago one of our national film funders' executives told me I had to send in a proposal "when you are sober" when I applied to be part of a producers' workshop. He implied that I must have been drunk to think I could be a producer. Another middle-aged male director asked me, when I was trying to find a co-producer for Shot, what a woman my age was doing trying to make a film. He is older than me. He directs films. But "a woman my age" was not acceptable in the film industry in his eyes.

So it is more than satisfying to see that my determination has paid off. Being accepted into Cannes has allowed me to show the naysayers that I am sober, and that a woman my age is perfectly capable of writing and producing a film myself. In fact, I need to thank these belittlers. Their attitudes spurred me on to show them exactly how capable I am of producing what I set out to create.

I'd like to thank our Executive Producer of the short Athol Williams for insisting that I fly to Cannes. He paid for my flight ticket and accommodation, food and travel money. Without him it wouldn't have been possible.

Say a young film-maker reads this interview. How do you make this happen – getting a movie made and getting it to the Cannes Festival? Any words of advice? 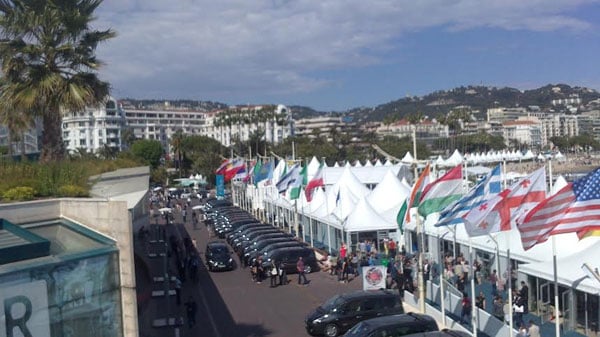 One of the hardest things as a film-maker is to keep your vision strong and to keep believing in your project. If you truly believe you have something to say which the world needs to hear, never give up on your dream. So many people will try to put you down and make you doubt yourself. They do this because most people don't want you to succeed. The "tall poppy" syndrome is real. If you succeed at something that most people can't do, it makes others uncomfortable.

My advice it keep your focus, perfect your craft, learn as much as you can constantly about your craft and aim high. No one is ever remembered for dreaming small. Dream as big as you can and do not give up on your vision. Of course you have to work very hard to make this dream come true, but this almost goes without saying. The difficult part is to keep believing in yourself even if people don't take you seriously at first. If you don't believe in yourself, no one else will.

You mention the Cannes Survival Guide on social media. What is this about?

The Cannes Survival Guide was posted by the organiser of the London Screenwriters' Festival, Chris Jones. He went to Cannes with his short film some years ago and filmed this guide to show newbies what to do to market your film to its best potential in Cannes.

I would say that you must ensure you have enough postcard-sized flyers of your film with the poster on one side and contact details of the producers and director on the other. You need to make your presence felt in the international pavilions where you can set up meetings with producers of your choice. I focused on the UK and South African pavilions, as I have long-standing connections with people in both countries. You can work hard at trying to find a co-producer by reading each country's website and finding which producers you would like to meet. You can book a meeting with them at the pavilions. 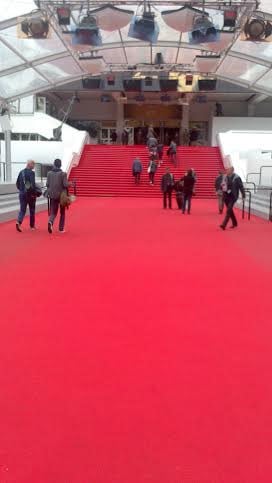 Or you can take the more relaxed approach and invite people to the screening of your film, leave your postcards in all the pavilions at the front desk, and make connections at the cocktail parties hosted by various countries. I've found that my most successful connections have come from the latter, when people are more relaxed and less focused on the need to close a deal. I met the most wonderful UK producer when I was at a cocktail party with my London agent in the South African pavilion this time. The conversation we had was organic and natural and we formed a bond which was without expectations. The likelihood of our working together is very high and this is a better result than any of the meetings which were booked officially.

More than anything I'd advise young film-makers to enjoy the festival and make the most of the relaxed attitude in France. It really is a once in a lifetime experience and if you stress too much about making killer deals, you may very well miss out on the exceptional ambience of the place. See as many films as you can, squash up against the railings to see the full cast of The Expendables 2 arriving in an open-topped limousine (a highlight for me), and soak up every delicious Cote D'Azur moment. It isn't easy to get accepted into Cannes, so when you do, make every single moment worthwhile. After all, you've worked very, very hard to get there.